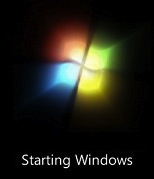 File: Steve Irwin and Yushin Maru circleHighlights of the ‘Cruise Report of the Second Phase of the Japanese Whale ‘Research’ Program in the Antarctic (JARPAII) in 2011/2012’

Captain Paul Watson: That was the objective however this should be changed to:  Unfortunately the illegal commercial whaling activities were interrupted several times by an anti-whaling group (SSCS)

Captain Paul Watson: Two of the three harpoon vessels were taken out of the game for the whole season. Major victory.

The research activity of the SSV (Yushin Maru No.1 – the lead harpoon vessel) was also interrupted several times.

Captain Paul Watson: Wonderful news.  They are yearning for the pre-SSSC intervention days.

Captain Paul Watson: Yes we forced them from west of Australia to the Ross Sea causing them to waste a great deal of fuel and time.  That was our intention and it was realized.

In order to secure safety for the research vessels and their crew members, the planned sighting vessels had to dedicate many of its planned research time to security tasks. It was very regrettable and disappointing to report that this large investment – dedicated sighting survey in the Antarctic – had to be cancelled in the 2011/12 season

Captain Paul Watson: Yes so regrettable and so disappointing. Not for us of course. Great results in our opinion.

‘Research’ vessels were frequently attacked by the anti-whaling group (SSCS) and the survey was interrupted in several opportunities.

Captain Paul Watson: Should be poachers were frequently reminded that their whaling killing activities in the Southern Ocean Whale Sanctuary are not welcome.

Captain Paul Watson:  That was of course our intention i.e. to keep them from killing whales and we are very pleased at the results.

Unfortunately the research activity was interrupted for over 15 days by directed violent sabotage activities of the SS. Therefore the research of most part of Ross Sea in Area V, East-North Area V, West-North Area VI and some other parts had to be cancelled

The Japanese whaling industry suffered another humiliating defeat this last season at the hands of passionate volunteers dedicated to ending illegal Japanese whaling operations in the Southern Ocean Whale Sanctuary. Operation No Compromise was a complete success and a great victory for the whales.